Polyols for Traditional sweets and their increasing demand

Polyols are more recently known as sugar alcohols. These have been in the market for a long time but have not been extensively used. Polyols are being used in many food and beverage products, mostly due to the popularity of low-carbohydrate diets. As more people on these diets use polyols, their production will increase and provide a more competitive price.

In spite of this, polyols are still an unknown ingredient to many consumers. They appear to be sugars on paper but do not contain any calories or carbohydrates.

Used mainly as a bulk sweetener, polyols are found in low-carbohydrate diet products. They can be used in place of sugar, where they can mimic the same taste, texture, or sweetness levels of sugar.

Polyols are made of carbon, hydrogen, and oxygen. They contain either three or six carbons in a chain-like structure. Some examples of polyols include maltitol (having three carbons), xylitol (having six carbons), and sorbitol (also having three). Polyols have been around for many years, yet only recently have they been introduced into the market as low-carbohydrate alternatives to sugar. Low-carbohydrate diets are popular. These diets have increased over the past few years for many reasons, including weight control, increasing energy, and increasing health. Polyols have become popular in these diets because they do not contain any calories or carbohydrates.

Low-carbohydrate diets can reduce sugar consumption since sugar is almost always associated with carbohydrates. Therefore, food and beverage manufacturers are looking for suitable sugar substitutes to make their products more appealing to low-carbohydrate diets. Polyols are the perfect replacements for sugars because they do not contain any calories or carbohydrates like sucrose (table sugar).

Why are Polyols in demand in the market?

Polyols are most commonly used as bulk sweeteners. They are used in low-carbohydrate diet products because they do not increase blood glucose levels. However, they contain some amount of calories as compared to table sugar, so consumers may be completely unaware that they consume polyols. Consumers have simply been used to sucrose and have not been aware that these products exist. Also, the general public is at risk with dental cavities, diabetes, obesity, cardiovascular diseases, and much more due to the imbalanced diet and excess consumption of sugar & fat-rich diets.

There are many different types and forms of polyol sweeteners, including:

1. Sugar alcohols (polyols) provide 60–80% sweetness, and they are thus used as bulk sweeteners. For example, maltitol can be used as a safe and good-tasting sugar alternative as it has only one calorie per gram. Still, it can be used on a large scale without converting to other alternative sweeteners or changing recipes for which it may not have been intended.

2. Sugar alcohols (polyols) have a slightly cooling effect in the mouth and throat, which is often described as a more robust version of the cooling sensation that menthol sometimes produces. Maltitol is used in cough drops to produce this effect. The coolness of maltitol also makes it useful as an ingredient in fudge.

3. Maltitol is frequently used in low-carbohydrate diets because it has only one calorie per gram and does not affect blood glucose levels.

Polyols are also used by many natural food manufacturers who want to avoid using refined sugar while still maintaining a good taste profile for their products. Polyols are an excellent, natural way to sweeten these products without the added calories or refined sugar.

Polyols also have an interesting use as part of the treatment of type II diabetes. Polyols can stimulate the production of insulin in the body, which can help in reducing blood glucose levels. A study conducted by Skerrett (1989) found that carbohydrates, such as sorbitol, xylitol, and mannitol, could significantly improve glycemic control and reduce diabetic medication requirements in patients with type II diabetes. More research is being done to find out if polyols can be used for this purpose.

As polyols grow in popularity, food and beverage manufacturers find new ways to use polyols in their products. This is because polyols do taste sweet but differ from regular sugar. Polyols also give a different texture compared to full-sugar counterparts however there are ways to use polyols that can give an excellent product. Polyols can be used in many different ways, such as:

Polyols are used as bulk sweeteners to replace sugar because they contain minimal calories or carbohydrates.

The Indian Sweets can be mainly classified broadly in the following categories:

They can be rich in fat, made from fermented milk, or could be acid coagulated or heat desiccated products. The sugar content usually ranges from 30-50% in the formulation whereas fat is usually 30% in all of the sweets.

Hence, to replace this sugar, Polyols are a viable option and some delicacies can be made using polyols in the formulation. It will have the same taste with health benefits.

Polyols have a lower food energy value than sucrose and can be used as sugar substitutes (Maltitol, Xylitol, Sorbitol).

Polyols are used in many different ways ranging from scientific to culinary. The Science and Food community have used Polyols in the following ways:

Polyols can be used to make tablets or tablets that dissolve on the tongue. They are either slightly sweet or without a taste at all. Polyols can also be combined with other ingredients to make tastes more appetizing for patients who cannot consume solid food.

Polyols can also be used for medicinal purposes for diabetics by controlling blood glucose levels.

I hope this article has been informative and interesting to you. Don’t forget to keep visiting our blog for more information on food and beverage ingredients.

Pectin In Beverages: Everything You Need To Know 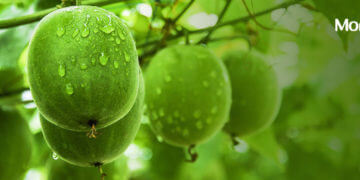