The food industry is revolutionized with the use of modified starches. These types of starches are easier to process & provide augmented benefits than their natural counterparts because they have additional functional benefits like texturising, thickening, improving appearance & stabilising.

Additionally, one of the advantages of using modified starches in the food industry is that it takes less time for processing due to its range of benefits & other functional properties. It can also save on a significant amount of processing costs involved in making various food products, as using modified starch instead of other ingredients such as native starches will be at far lower dosage levels compared to their counterparts. Want to know everything about modified starches and also how they are used in the food industry then, read out the blog.

What is modified starch?

Modified starches are a class of compounds derived from starch, cassava roots, potato cornstarch, etc., and change their structure to either decrease or increase their rheological properties with physical or chemical treatments like crosslinking, esterification, etherification, or oxidations.

What is the difference between modified starch & natural starch?

Natural starch is the form of starch that is found in plants. This starch is made up of long, branched chains of glucose molecules. The natural form of the carbohydrate can be found in cassava, potatoes, corn, wheat, and rice.

Modified starch is created by chemically or physically treating various starches to alter their chemical structure. The modified starch made from modified plant materials still contains the same amount of glucose as natural starch, but they differ in their molecular arrangement within the polymer chain. They can be given treatments like esterification, oxidation/bleaching, cross-linking, etherification.

How are modified starches used?

Modified starch is used in the food industry in various applications and helps to have a consistent, quality product. Modified starches are commonly used as thickeners in sauces, soups, gravies, puddings, fillings for pies or tarts, as well as fillings for croissants/galettes.

Modified Starches can act as

In the food industry, modified starches are an applied ingredient to achieve the desired texture and consistency of a variety of foods such as:

Modified starches have been engineered with enhanced qualities that suit the food industry’s needs. The more common types of modified starch found in foods today are treated like Oxidation, Esterification, Etherifications, Cross-Linking, Branched, and combination of any of the mentioned. These ingredients are used to increase shelf life or alter texture without changing the flavor. Modified starches can also be used as thickening agents for gravies and sauces or to enhance moisture for meat products like sausages and ham slices.

Tapioca (Manihot esculenta Crantz) or cassava is one of the most important crops of Thailand. The availability of roots supplied to the starch industry is all year round. Tapioca roots contain a low quantity of impurities, including protein and lipid, the root has high starch content. Tapioca starch is recognized as a pure starch suitable for a wide range of applications.

The most important characteristics of cassava starch are;

The absence of unpleasant odors and taste enables it to conveniently and readily blend with other flavoring, ingredients and is an excellent choice for dairy and wheat gluten-free products.

Cooked Tapioca starch provides paste with a clear appearance thus making it suitable for combining with other coloring agents.

Tapioca starch provides a high peak viscosity but the low potential of retrogradation, because of high amylopectin content, resulting in the freeze-thaw stable gel.

Other modified starches which are used in food applications include:

Wheat starch has been modified by salt. It is used to make a variety of food products, such as textured vegetable protein and meat extenders. It can also be used as a food additive to extend shelf life. Salted wheat starch is produced by adding an acid solution to alkaline wheat starch, making the starch molecules smaller and forming a cross-linked structure that increases rigidity and decreases the water absorption rate. The result is a transparent liquid with its solubility in water increased by three times that of native wheat starch.

Potato starch can be modified with phosphoric acid (HPA) to form potato distarch phosphate (PDP). It is then used as a water-retaining agent. Potatoes are rich in starch, so the starch is extracted from potatoes or synthesized through acid hydrolysis of cornstarch. The processed starch has an amorphous molecular structure and will hold onto the small amount of water it comes into contact with, thus increasing the moisture content and softness in foods. PDP can be used in numerous food items, such as instant noodles, bread, and cakes.

This modification helps to increase the starch content and decrease the moisture content of rice. It caused a major reduction in cooking time and energy required for frying, baking, boiling.

Modified Rice Starch has been widely used in the food industry long before EU regulations and legislation came into effect. It is widely used as a thickening agent because of its non-crystalline phase, low melting point, good transparency, or even a carrageenan replacement or an emulsifier due to its high viscosity index. 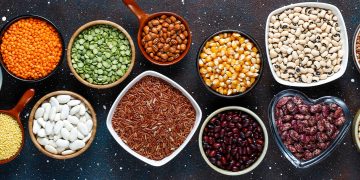 Challenges of Applications Made With Plant Protein 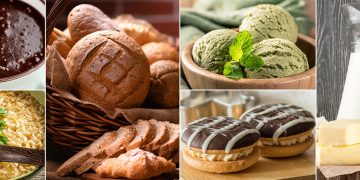